This is a long post, so for those with less time or a short attention span here’s a summary. In 2012 I went through 7 pairs of earphones. Four pairs were destroyed by bunnies, two pairs were faulty and one pair just didn’t fit well. Feeling both foolish and unlucky as far as earphones were concerned last year!

At the end of 2011 we got a bunny. She’s gorgeous, but like any pet, or child, she can be a bit naughty. Rabbits love chewing cables! We knew this before we got her and we wrapped up all the major cables in parts of an old sheet, we taped down the ethernet cable that runs around the edge of the room, and we try to keep an eye on the charging cables when she’s in the same room as them.

The first time my earphones got chewed I was rather disappointed. I was using Sennheiser M30i earphones. Soooo nice! They stay in my ears (regular earphones, like the old and new Apple ones just fall right out), don’t hurt my ears, the remote control is very handy, and the microphone is good enough to talk to my Mum on the phone (as opposed to the Griffin microphone adaptor I previously had, on which she couldn’t hear me very well at all). Also, as you may know Sennheiser isn’t cheap; it’s worth the price, and the M30i are near the bottom of their selection, but they’re certainly not disposable. I’d owned that particular pair for about a year, so although they would have lasted a lot longer sans bunny, I could cope with the loss.

After that first chewing incident I bought some cheap in-ear earphones from the supermarket to tide me over until I decided whether to buy more Sennheisers or not. These earphones were so uncomfortable (despite being ones with little rubber ear socket bits) and sounded crappy — I’m no audiophile, but even I could tell they sucked! Also, the lack of remote was so annoying that they helped me to decide that I did indeed want my M30is back. My birthday was coming up, so I asked for new earphones for my birthday.

In order to keep them safe from little bunny teeth I crocheted a little pouch with some yarn scraps I had, and tried to be diligent about putting the earphones away whenever I wasn’t using them. As a few months passed I guess I became more lax in that practice; I always put them away when I was going to be in a different room for some time, but if I was using my laptop next to the coffee table I didn’t always put them away. One day I went to the toilet and came out a minute later to find Kaylee munching on the earphone cables again.

That was a lot more upsetting than last time, but from my previous experience of putting up with crappy, inconvenient earphones I knew that I wanted the same earphones again and I knew I sure as hell would never leave these things anywhere without putting them back in their pouch! I used the crappy ones for a day or so until I got up to the shops to buy some more, and bonus! some CDs I’d been wanting were on sale too.

Two days later I was using my new earphones, popping between my laptop, the kitchen, and other rooms of the house doing some housework while listening to MacBreak Weekly. I sat down for a moment to do something on the laptop and Kaylee was next to me enjoying my company, or so I thought. Next thing, I heard Andy Ihnatko’s voice go completely haywire and looked down to see Kaylee biting at the earphone cable right down next to my jeans pocket where it was plugged into my iPhone.

This time I was really upset! Two days! Two freakin’ days these $70 earphones had lasted. There was a few tears and a bit of yelling.

I did not rush out and buy a new set of earphones. I pulled out the crappy supermarket ones again and used those for a bit. I looked at what cheaper options for earphones might be out there: something that was convenient and useful, but not as devastating to get nibbled on. Or slightly more expensive, but far less likely to be nibbled.

There was only really a few candidates that I could see. There were some Sony ones for about $40 that had a remote with microphone, but multiple reviews said that the microphone was too far away from their head and people couldn’t hear them during phonecalls. Skull Candy had some with a microphone, but I couldn’t be sure if it was a good enough mic that people would actually hear me on the phone, and worth spending the money. Or I could just breakout and get some Plantronics Backbeat Go earphones: bluetooth in-ear earphones with a remote and mic.

Undecided, I was in K-mart one day and saw some earphones with a remote and mic for $10. Even if the mic was useless and the sound a bit crappy, they looked more comfortable than my supermarket ones, and a remote would be nice. As it turned out, the sound was slightly better than the supermarket ones, they were slightly more comfortable, the microphone was completely useless, and though the remote was a bit temperamental, it was better than nothing.

Somewhere in that time my husband’s Sennheiser earphones were also attacked; he bought some more for himself and his model happen to come with a little leather pouch that he doesn’t use. So I took to using that little case with my el cheapo earphones.

A few months ago I started a new program at the gym and was interested in heart rate monitors. I popped into Harvey Norman to see what they had and walked out with some House of Marley Smile Jamaica earbuds instead. These things were great, especially for the price. They had fabric wrapped wires (which I suspect were less appetising to Kaylee), remote and mic (good enough to talk to Mum with), they were quite comfortable and also came with a pouch. After a few weeks the left earbud just stopped working. No bunny teeth involved, just generally faulty.

I took the Marley earphones back to Harvey Norman, they sent them off for testing, determined they were faulty (after several weeks) and said they’d replace them. So I went in to get my replacements only to find they don’t have those ones anymore and probably can’t get them in. Might have been nice for them to check that before calling me, eh? So, after much umming and ahhing it was a choice between a refund and paying $5 more for Sol Republic Amps. I paid the $5. They passed the phonecall-to-mum test and sounded fine, but I wasn’t convinced by the bulky bud design and the cable is very appealing to little bunny mouths (we now have 2 bunnies, and I have to be doubly on guard). I returned those and trekked over to Bing Lee where I found online that they have Marley’s in stock.

Sometime during all that Monty, our second bunny, dug into my gym bag and also chewed my Sennheiser sport earphones. Gah!

I enjoyed my new Marleys for 1 week, yes one week, before the left ear crapped out. Holy moly, the seemingly same fault, again! I took those back when I got the chance and thankfully didn’t have to wait for them to send them away for testing; I received a replacement… I felt dubious about getting the same earphones again, but since the previous faulty pair were from a different store I decided not to ask for a refund unless they broke again. So far they are still working.

Wish me luck, and diligence!

I was starting to get concerned; for the last mont 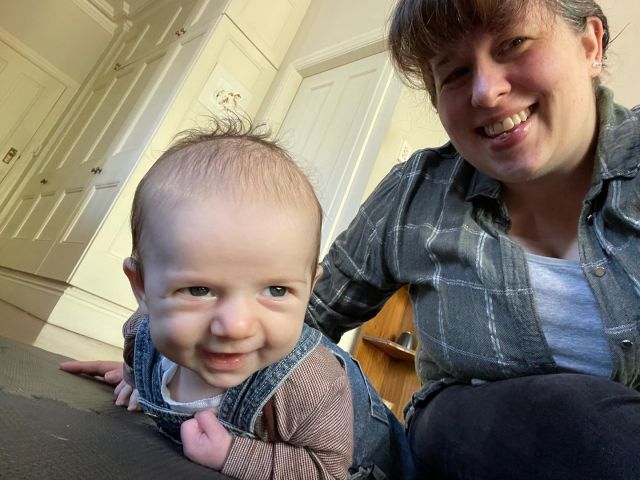 We had a really special day yesterday. Mark met hi 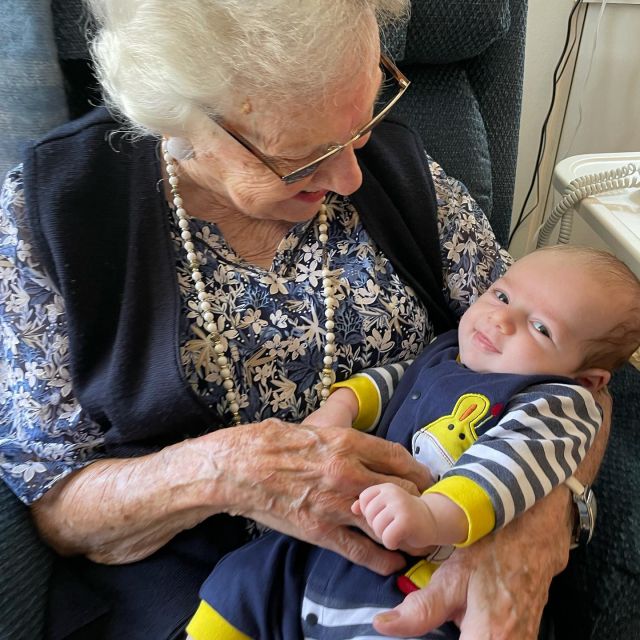 Mark is digging his new @hellobabymoccslife 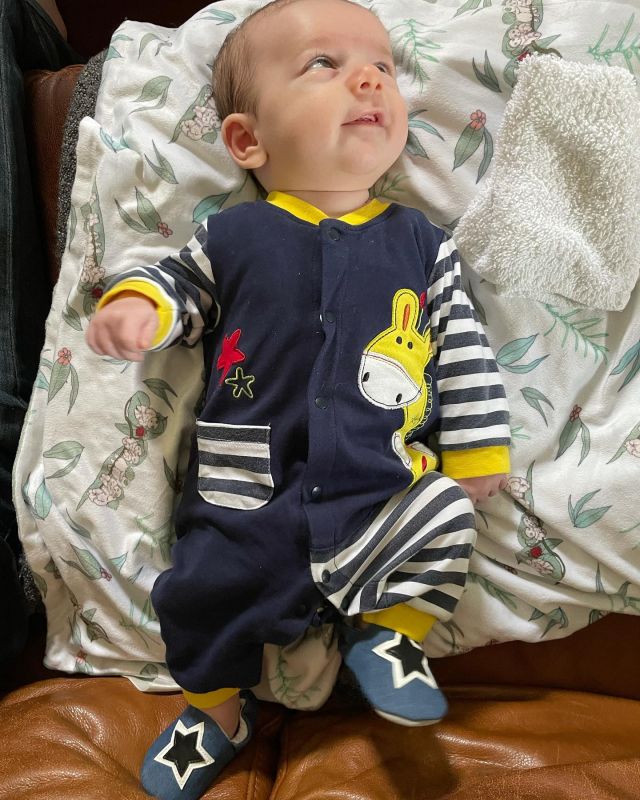 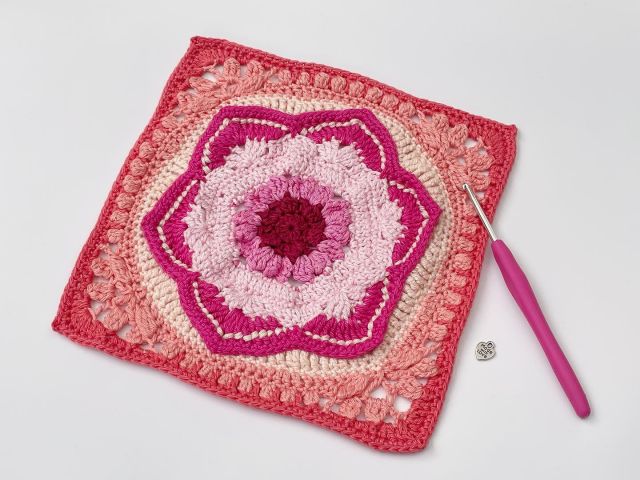 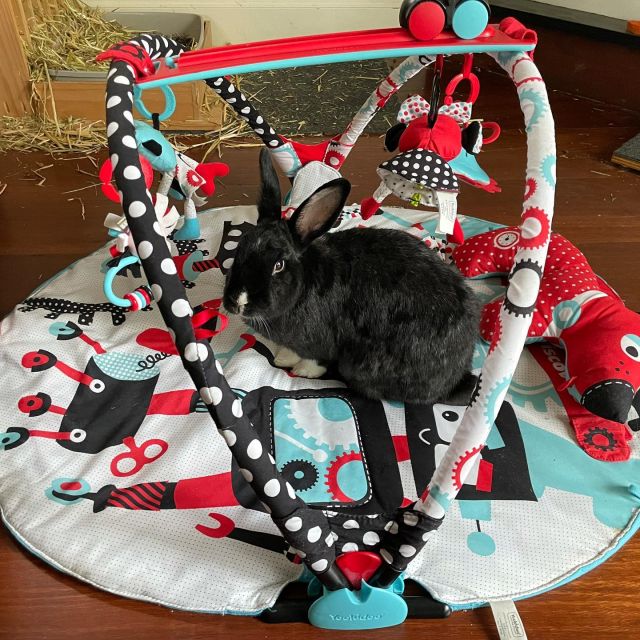 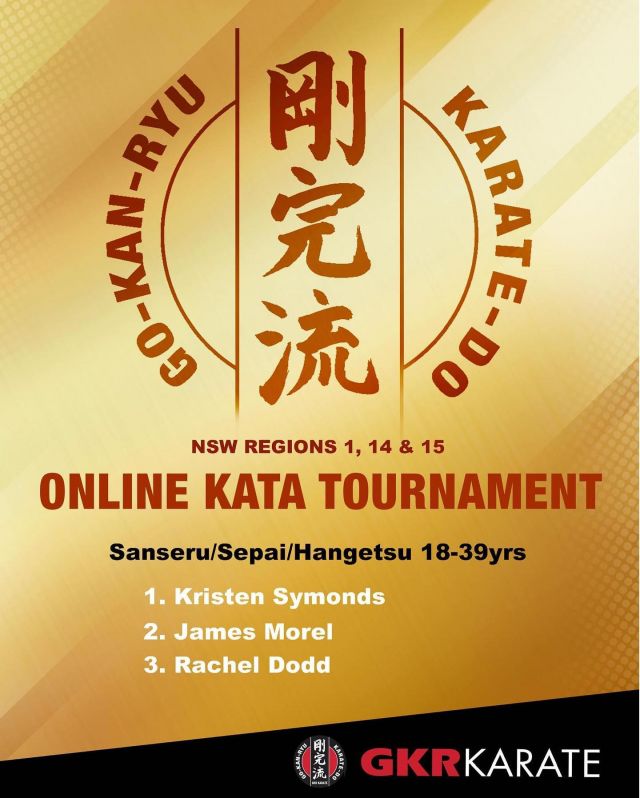 #babyboy is 2 months old today! He is getting more 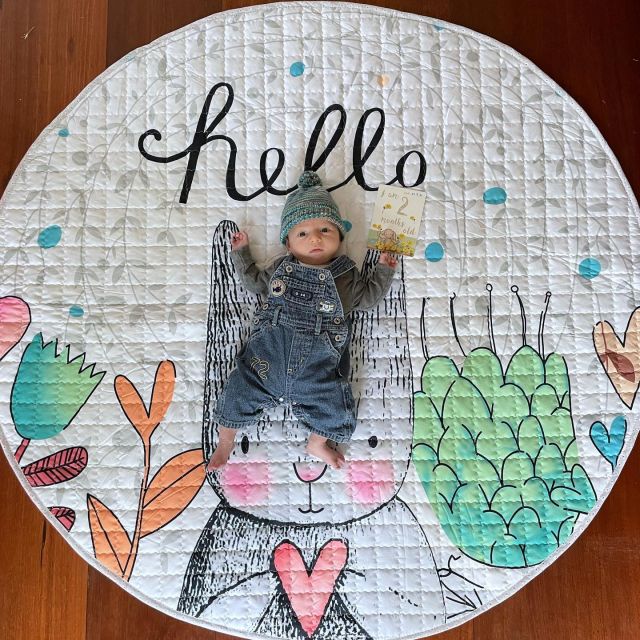